Article discussed: An Immunohistochemical Panel to Differentiate Metastatic Breast Carcinoma to Skin From Primary Sweat Gland Carcinomas With a Review of the Literature

Image from Archives of Pathology and Laboratory Medicine (open access): 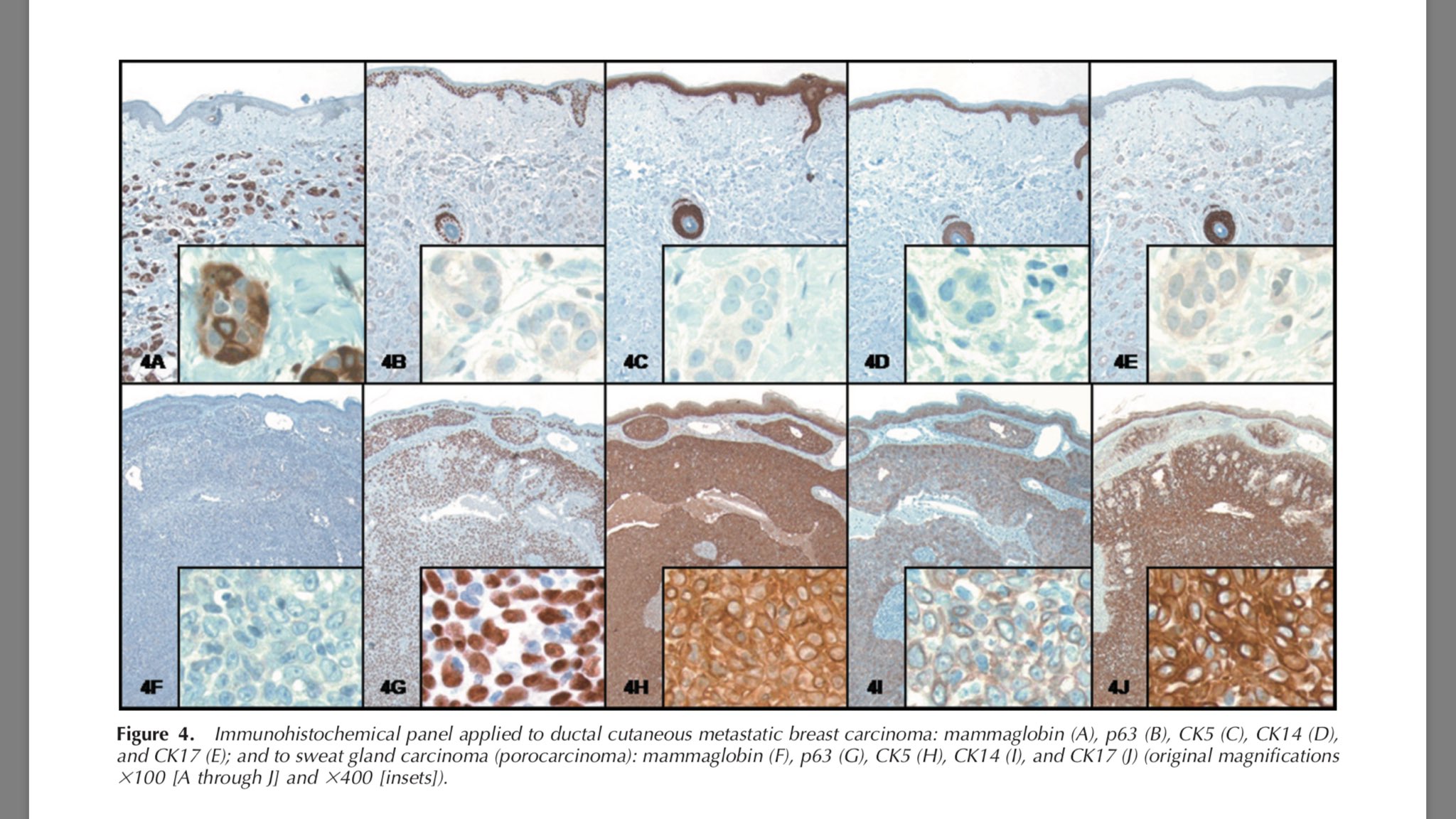 Some Highlights from the Evening:

And last but not least:

Thank you so much for attending and for reading this summary. We are so excited to plan yet another journal club for next month. Stay tuned and have fun at the upcoming #ASDP2019.